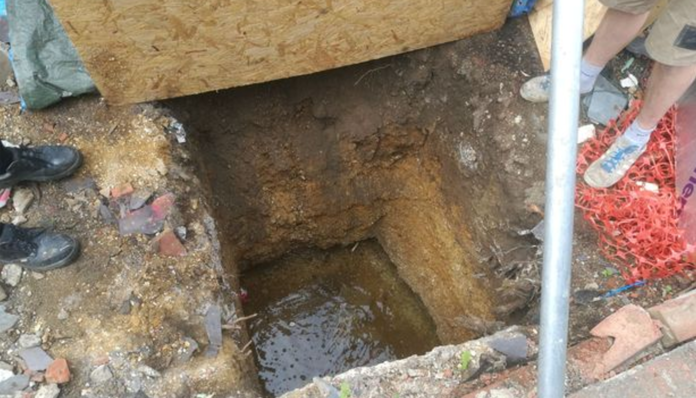 An investigation has been launched by the Environment Agency after diesel was found to be leaking from a Gulf Petrol, based in Histon, Cambridge.

The diesel leak was brought to light during the construction of an extension at a house located next door to the petrol station. Builders discovered the leak during digging for the extensions foundations.

The builder, who did not wish to be named, spoke to Cambridge News on his findings: “We could tell there was diesel in the soil because it was black and you could smell the fumes.

“We had to stop all work because of the contamination and at the moment we’ve been delayed about a month. But it will take much longer.

“We had to get hold of a special skip for contaminated waste, which costs five times the price of a normal one.

“It means more money for the homeowner and it’s difficult for us too because we’ve had to stop work and can’t get our wages, so everybody is losing out.”

The homeowner, who did not wish to be named, said: “We have a really good relationship with the owners of the petrol station and they have been honest with us about the problem. I don’t want to destroy any of that goodwill.

“They told us there has historically been a problem with these two and they have tried to fix them but haven’t been able to.

“The petrol station has been here for 50 or 60 years and I believe the tanks are the same age, as I think they are the original ones.”

“This is a residential area, there are loads of families with young kids and it needs to be sorted out quickly.”

The owner of the petrol station, who also declined to be named, disputed the claim that the tanks are 50 to 60-years-old.

He said: “They are about 30 to 35-years-old, and we have them checked every three years. We last had them checked in 2013 and they have just been checked again now.

“Basically, we found out about the leak when the building work began next door. The fire officer was called and the next day we shut off the tank where we thought the leak was coming from. An investigation was carried out and we stopped using those pumps completely.

“Since then, we have found out where the leak was and it’s getting fixed next week. It is just an unfortunate thing that has happened, but we are now in the process of rectifying it.”

Certas Energy which supplies fuel to the Gulf petrol station also confirmed there had been a leak.

A spokesman for the company said: “Certas Energy can confirm that some pumps at a Gulf petrol station in Histon it supplies fuel to are undergoing maintenance due to a fuel leak.

“The leak has been stopped and the affected pumps quarantined. The relevant authorities have been informed and work is under way to repair the fault.

“The station should be back in full working order next week.”