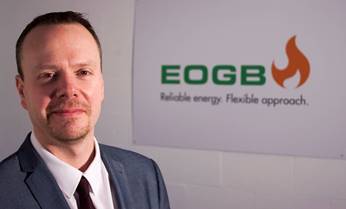 Burner manufacturer and distributor EOGB Energy Products Ltd has announced its backing for OFTEC’s proposals to decarbonise the UK’s 1.5 million off-grid homes by converting them to a low-carbon bio-oil, a goal that supports the government’s Clean Growth Strategy ambitions.

Other sectors are already employing bio-liquid fuels on an increasing scale such as HGV road transport, shipping and aviation as well as commercial off-grid heating. With development and production ongoing, it is anticipated that a low carbon liquid fuel for heating could be readily available in the 2020s.

The Sapphire burner has been fully tested on other bio oil blends and EOGB is looking forward to working with OFTEC to test the burner with HVO with the aim of moving to a true carbon neutral liquid fuel industry.
Martin Cooke, Technical Director at EOGB, said: “There are many homes and businesses across the UK that rely heavily on oil heating and, although the common perception seems to be that oil heating cannot improve in terms of carbon reduction, this could not be further from the truth.”

“There is plenty of life left in the liquid fuel heating industry and we are working hard alongside OFTEC to prove the viability of low carbon liquid fuel alternatives to the proposals set out in the Government’s Clean Growth Strategy.”

“The updated Boiler Plus policy paper also overlooks the fact that many oil-fired boilers on the market can already achieve the 92% ErP efficiency that will be required for any new gas boiler installations from April.”