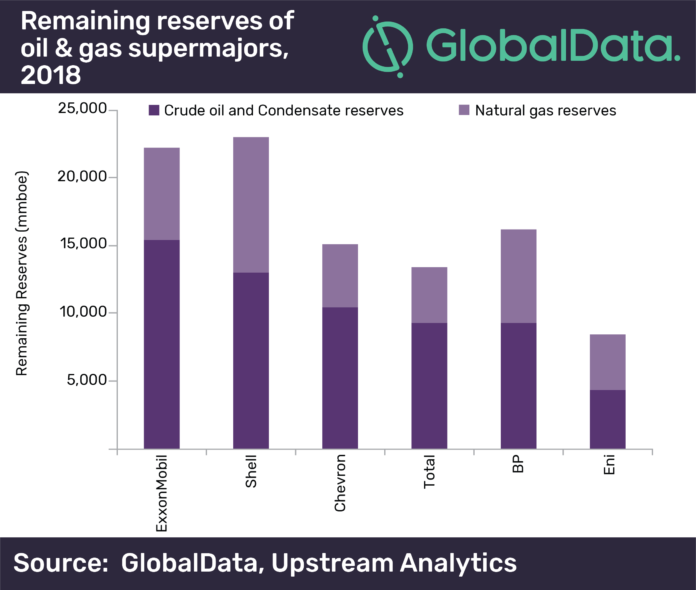 Among oil & gas supermajors, ExxonMobil leads in terms of remaining reserves for producing, planned and announced fields with 28,069 million barrels of oil equivalent (mmboe) followed by Shell with 27,012 mmboe in 2017, says GlobalData, a leading data and analytics company.

Total had the most M&A deals with 20 over the last four quarters followed by ExxonMobil with 18 deals. In Q4 2017, the two companies signed deals worth US$2,376 million and US$1,550 million respectively.

In terms of capital raising activity, BP leads among the supermajors with 10 and Chevron follows next with seven deals respectively over the last four quarters.

Among the planned projects which are expected to start by 2025, Chevron has the highest median for full-cycle capital expenditure (capex) per barrels of oil equivalent (boe), with $18.2 per boe, followed by Total and Eni with $15.2 per boe and $14.7 per boe, respectively. In terms of break-even oil price, Chevron also has the highest median of $51/barrels (bbl), followed by Total with $50/bbl.

Net profit margin in 2017 across supermajors was highest for ExxonMobil with 12.6%, followed by Chevron with 6.8%.