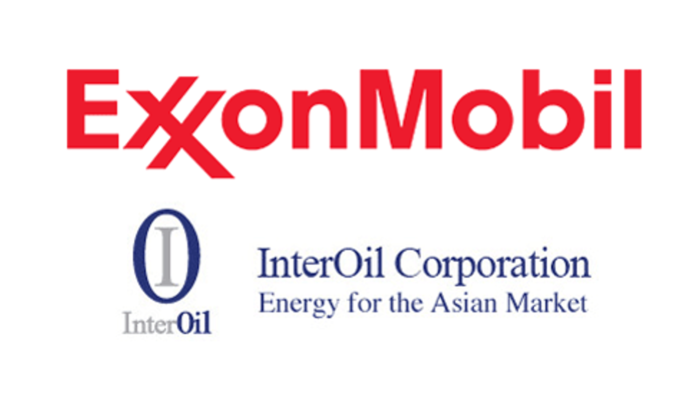 “This agreement will enable ExxonMobil to create value for the shareholders of both companies and the people of Papua New Guinea,” said Rex W. Tillerson, Chairman and Chief Executive Officer of Exxon Mobil Corporation. “InterOil’s resources will enhance ExxonMobil’s already successful business in Papua New Guinea and bolster the company’s strong position in liquefied natural gas.”

InterOil Chairman Chris Finlayson said, “Our board of directors thoroughly reviewed the ExxonMobil transaction and concluded that it delivers superior value to InterOil shareholders. They will also benefit from their interest in ExxonMobil’s diverse asset base and dividend stream.”

Under the terms of the agreement with ExxonMobil, InterOil shareholders will receive:

When concluded, this transaction will give ExxonMobil access to InterOil’s resource base, which includes interests in six licenses in Papua New Guinea covering about four million acres, including PRL 15. The Elk-Antelope field in PRL 15 is the anchor field for the proposed Papua LNG project.

ExxonMobil’s more than 40 years of experience in the global LNG business enables it to efficiently link complex elements such as resource development, pipelines, liquefaction plants, shipping and regasification terminals, which it has demonstrated through the PNG LNG project, working closely with co-venturers, national, provincial and local governments, and local communities. ExxonMobil will bring to bear its industry leading performance and strong commitment to excellence as it grows its business in Papua New Guinea.

The PNG LNG project, the first of its kind in the country, was developed by ExxonMobil in challenging conditions on budget and ahead of schedule and is now exceeding production design capacity, demonstrating the company’s leadership in project management and operations.

ExxonMobil will work with co-venturers and the government to evaluate processing of gas from the Elk-Antelope field by expanding the PNG LNG project. This would take advantage of synergies offered by expansion of an existing project to realise time and cost reductions that would benefit the PNG Treasury, the government’s holding in oil search, other shareholders and landowners.