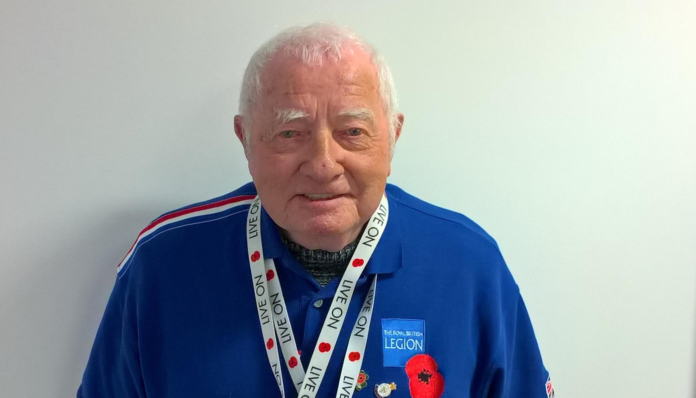 A new service to help current and ex-service people and their families tackle their fuel bills has helped its first client with energy costs.

Forces for Warmth has recently been launched by charities National Energy Action (NEA) and The Royal British Legion (TRBL) across the East Midlands.

Peter Williamson, 87 and his wife 76, were struggling to keep on top of their energy bills. Mrs Williamson suffered from a stroke last year and since then feels the cold more easily. So the couple had to have the heating on more often and try to cope with their rising fuel costs.

Peter said: “We’re on pension credit so we’re not very well off and need to save wherever we can.”

After looking at all of the options, the Forces for Warmth advisor managed to get Peter placed on a cheaper tariff with his supplier.

Peter continued: “I was really pleased with what the advisor did; she helped me save over £70 which makes a big difference to us. She is going to look into helping me save more in the future. I might change supplier once I near the end of my current contract, but currently there would be a termination fee so it wouldn’t be worthwhile. I also qualify for the Warm Home Discount with my current supplier.

“Forces for Warmth really helped me and anyone that qualifies should definitely take advantage of it.”

A 2014 survey by The Royal British Legion found a significant number of the ex-service community over the age of 65 had experienced difficulties with their energy bills – reporting a post-tax income below the national average. The report showed many on a low income would often ‘go without’. They couldn’t replace essential items such as cookers and boilers if they broke down, and couldn’t tackle damp problems in their homes. It was also found that 25% of those of working age, were in arrears and struggling to pay fuel bills.

As part of the Forces for Warmth project, Royal British Legion staff are being trained in supporting people to stay warm in their homes through advice and home visits. Staff will be able to refer people to a designated advice service run by NEA, in order to receive in-depth tailored energy advice and practical support. There will also be community events to help raise awareness.

The project is a pilot and NEA will be looking to expand it from the East Midlands to other areas across the UK in the future.