The latest data on UK domestic heating costs shows that heating oil is the only primary heating fuel to have fallen in price since 2011, making it the cheapest option for most off gas grid households and, if the current trend continues, heating oil will soon match mains gas on price.

However, despite becoming more affordable and competitive, heating oil has not been recognised by HM Government in its latest energy efficiency scheme in England and Wales where the Green Deal Home Improvement Fund has effectively frozen out 850,000 oil-using homes from taking up the initiative, even though a similar scheme in Scotland includes heating oil.

According to the latest Sutherland Tables, an industry-recognised source of comparative UK domestic heating costs, the annual price of using an oil condensing boiler to heat a three bedroom home is now 12% less than the average cost three years ago. The same average figures for homes using gas and electricity show an increase of 34% and 27% respectively.

The United States’ decision to suspend sanctions on Iran’s oil sales, an increase in US fracking, the strength of the pound and a mild winter have all contributed to an increased supply of oil and therefore falling prices.

Liquefied Petroleum Gas (LPG), used by some 170,000 off-grid households, remains by far the most expensive fuel with the price gap between oil and LPG continuing to widen. The cost of heating a three bedroom home with an LPG condensing boiler is currently £1,935 per annum, compared to an oil condensing boiler at £1,228, gas at £1,119 and electric storage heaters at £1,587.

With favourable heating oil prices and a clear rise in demand for new oil boilers – last year oil boiler sales grew by an impressive 12% – OFTEC says the Government should be doing more to encourage greater take-up of high efficiency boilers in a bid to help meet the UK’s challenging 2050 carbon reduction targets. Upgrading to a modern boiler can save up to 20% in CO2 emissions.

OFTEC welcomes the news that the Scottish Green Homes Cashback Scheme, launched this month, provides up to £7,300 towards installing energy efficiency measures, including up to £500 for upgrading boilers.

However, the equivalent Green Deal Home Improvement Fund in England and Wales provides support of up £1,500 towards replacing gas boilers only, plus one other energy saving measure, discriminating against 850,000 oil using homeowners who may wish to take up the scheme. This is particularly disappointing given the low energy efficiency of many rural properties and that an improportionate number of fuel-poor households and elderly people live in rural areas.

The startling disparity between the two schemes has prompted OFTEC to further continue its lobbying of MPs and Government Ministers for the introduction of a simple boiler scrappage scheme in England and Wales. A similar scheme successfully ran in 2010 and saw almost 120,000 old, inefficient boilers replaced with modern condensing systems. Elsewhere in the UK, the Northern Ireland Boiler Scrappage Scheme which includes oil boilers continues to go from strength to strength.

Jeremy Hawksley, Director General of OFTEC says,  “A simple oil boiler scrappage scheme would go much further in encouraging homeowners to take the first, manageable steps towards a more fuel efficient, lower carbon future than complex and expensive initiatives such as the recently launched domestic Renewable Heat Incentive (RHI) and flagging Green Deal. The Government should be concentrating on realistic and practical solutions to this pressing issue.”

“The substantial increase in electricity prices is especially notable as it means that renewable technologies such as air source (ASHP) and ground source (GSHP) heat pumps, which run on electricity and are one of the preferred technologies outlined in the RHI, will become much less competitive if these trends continue.”

Jeremy explains, “Whilst OFTEC fully supports the need to reduce CO2 emissions from heating and recognises the potential of an RHI policy, the much publicised domestic scheme looks set to suffer the same fate as Green Deal with low take up as the majority of rural households simply will not be able to afford it.

“Homeowners face upfront costs of between £7,000 and £19,000 to install renewable heating systems, depending on the size of the property and the technology used. The impracticability of installing heat pumps will further deter many consumers as ‘low temperature’ radiators and/or under-floor heating will need to be installed for these technologies to work effectively – both of which are expensive and difficult to retrofit.”

Furthermore, homes need to be fully insulated for renewable technologies to be efficient and meet RHI criteria but with many older rural properties having low energy efficiency ratings, it is unlikely these homes could be sufficiently improved economically to benefit from the scheme, argues OFTEC. 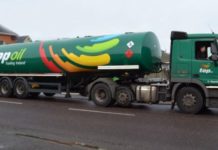 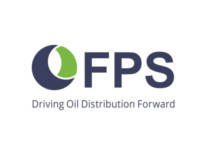 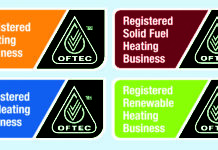