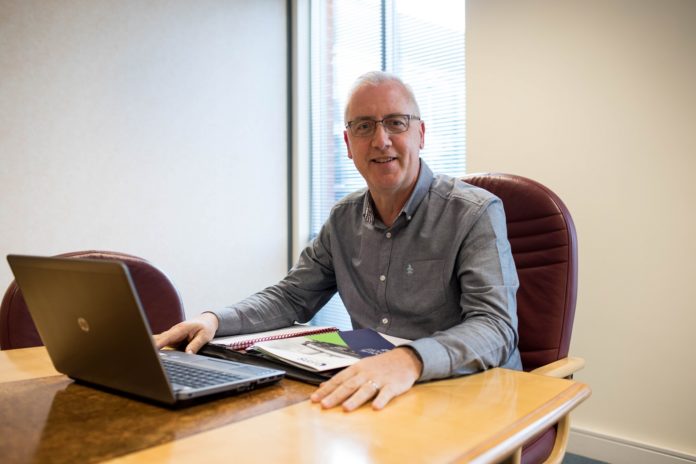 Guy Pulham started his new role as Chief Executive Officer (CEO) of heating oil trade association The Federation of Petroleum Suppliers (FPS) on Monday 5th February, and has begun as he means to go on – with energy and commitment to the organisation, its members and the wider heating oil industry.

Guy has succeeded Mark Askew as CEO of the FPS, and despite being in the role only a short time is already making plans for the organisation’s growth over the next few years.

“I want to develop a strategy for the FPS’s longer-term within the next 100 days, but I want input from staff, FPS Council and members to create that strategy,” says Guy.

“The FPS is vital to the sector. It’s the collective voice for the industry, the connecting bridge between the members and Government. The FPS act as guardians of standards for the oil distribution industry ensuring best practice and has a voice when it matters so it is vital that any strategy for the future is created with FPS member involvement.”

“Since starting on 5th February, I’ve been so busy trying to get up to speed with everything and meeting everyone that it has been a bit of a whirlwind. But I’ve loved every moment as I’m passionate about working hard to continue the success of the trade association and uphold the levels of support and inspiration it currently provides for its members.”

“My ambition is to make the trade association even more energetic, representative and visible than it is today, and to continue its great role in technical and training matters with greater engagement of members and Government and other trade associations.”

Guy has almost 30 years’ experience of the upstream and downstream oil industry. His extensive knowledge of the industry has been gained from working in economic, analytical, strategy and sales roles within Phillips 66 Limited and more recently holding leadership positions encompassing the wholesale and retail sales business channels with additional responsibility in the management of five transport haulier contracts across the UK and the promotion of the JET brand.

He comments: “I’ve enjoyed the wide-ranging jobs that I’ve had and working with some great people. I knew before I started that the FPS team would be fantastic, given all that the FPS has achieved to-date, and I have had it confirmed in the very short amount of time I’ve worked with them.”

“In terms of handling the changing and somewhat challenging times for our industry, I believe it is imperative that we remain positive and look for the opportunities as markets change rather than concentrate on the negatives. I want to talk to members, to understand their business needs and concerns, to ensure we provide the right initiatives and support for them. Similarly, I want to communicate effectively with Government to have our say on legislation, influencing and responding to legislature.”

“The oil industry event of the year, FPS EXPO 2018, is just around the corner, on 18th and 19th April, and I’m excited about the opportunity this presents to speak with members, suppliers and industry organisations about all that’s new in the sector and how best to protect and propel the heating oil industry in the coming years.”

“I am determined to make my time as CEO a success and feedback from the membership, the FPS Executive Committee and Council and business partners will gauge that. I suspect that means continuing to work at the fast pace I’ve done since starting! It’s just as well I greatly enjoy working in the downstream oil sector and that I’m surrounded by the best possible team at the FPS.”

“I’m excited about the challenge ahead and encourage you to drop me a line on any issues you want to raise.”