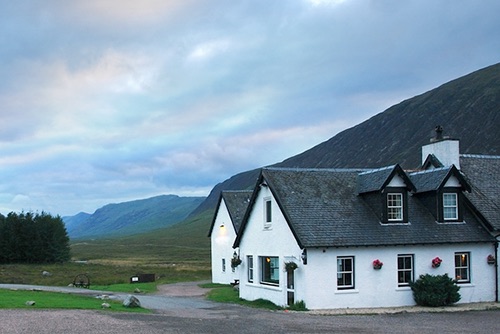 In his article, “Northern Ireland; reducing dependency on oil-fired heating,” Gary Hartley suggests Northern Ireland has a huge challenge on its hands to enable householders to convert to greener methods of home heating.

Hartley has done a good job in explaining how heating and energy landscape in the north differs from the rest of the UK. However, far from making the decarbonisation challenge more difficult, Northern Ireland’s high dependence on oil means that it is perfectly positioned to make the easiest switch to low carbon heat than the rest of the UK. This can be achieved with the lowest capital expenditure and the simplest transition pathway – by switching existing homes to low carbon liquid fuels.

OFTEC’s strategy for the future of the heating industry sets out a clear plan to decarbonise the liquid fuel sector. The vision is based on the premise of decarbonising the fuel used by existing equipment in homes, thus minimising cost and disruption to homeowners while also offering a simple transition to a practical green alternative.

The climate emergency means that we must move away from our dependence on fossil fuel heating, but replacing the existing oil heating systems already in homes makes no sense. Far simpler and better to decarbonise the fuel and utilise the existing well developed distribution system that currently exists.

OFTEC’s plans have already gained support from the UK government, which said the following in their draft National Energy and Climate Plan (NECP): ‘‘The role that bioenergy can play in this is currently being explored. The UK Government, however, recognises that there are scenarios where bioenergy could further support the decarbonisation of heat, for example in buildings that are currently dependent on coal and oil, and for which electrification is not the most suitable option, or where high-temperature dispatchable heat is required for the industry.”

On another important point, Hartley’s article suggests there is a link between Northern Ireland’s high oil use and fuel poverty, but in fact, oil was the cheapest form of home heating in the north over the past four years, according to recent data from the Sutherland Tables (which tracks domestic heating costs). There are many complex reasons for fuel poverty, including fuel cost, the efficiency of heating appliances, and the thermal efficiency of the property as well as household income and other expenditure.

Liquid fuel will still be heating our homes well past 2050 – not by using fossil fuels, but a 100% renewable low carbon bio liquid. The liquid fuel sector is continually evolving and is committed to delivering a low carbon renewable product – watch this space.

OFTEC is the Oil Firing Technical Association and represents the domestic oil heating and
cooking industry in the Republic of Ireland and UK.