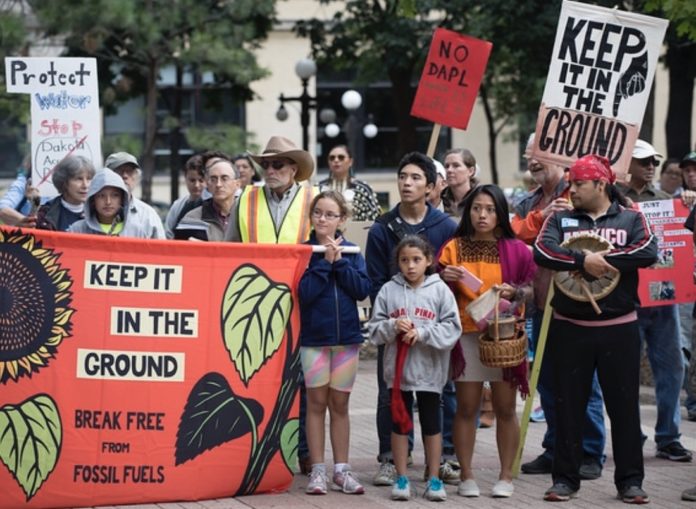 UK Oil and Gas (UKOG) has applied for a broad injunction to prevent campaigners from mounting protests that it says would unlawfully interfere with its operations.

If granted the injunction will cover all campaigners who organise protests at UKOG’s three sites in the south-east of England where it wants to drill for oil. Breaking the injunction would mean facing being jailed, fined or having assets seized. The application is due to be heard at London’s high court on 19 March.

UKOG’s application follows a similar injunction that was granted against all anti-fracking protesters to petrochemicals giant Ineos in November. Ineos’s injunction prohibits campaigners from interfering unlawfully with fracking operations.

UKOG said it had been compelled to take “this serious legal action to protect itself, its supply chain and landlords from threats and unlawful conduct from activists, who are intent on preventing us from going about our lawful business.”

It said the injunction “does not prevent anyone effectively exercising their rights to freedom of assembly and freedom of expression.”

It said it was seeking an injunction against unlawful actions such as trespass and obstruction of the highway, as well as tactics used by protesters such as walking slowly in front of suppliers’ vehicles.

Stephen Sanderson, UKOG’s chairman, stated in the application that the firm had spent hundreds of thousands of pounds in recent years to ward off protesters.

Injuctions by multinationals against protesters has fluctuated over the years.

After Ineos obtained its injunction in November, it disclosed that representatives of the fracking industry had met with Metropolitan police last May and that the police advised companies to obtain injunctions against protesters. The Met declined to comment.