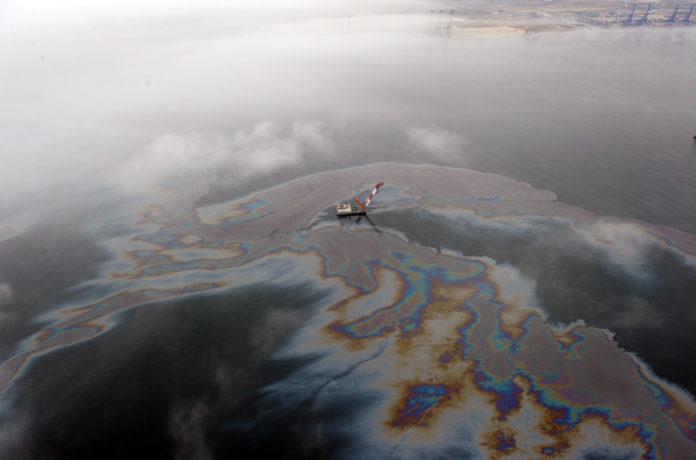 Sanchi, an Iranian ship, went down off China’s east coast carrying nearly one million barrels of oil on 6th January 2018.

The spill from the tanker has now more than trebled in size. Authorities have surveyed three oil slicks with a total surface area of 332 sq km (128 square miles).

The Sanchi was carrying 136,000 tonnes of crude oil from Iran when it collided with Hong Kong-registered bulk freighter the CF Crystal, setting off a desperate race by authorities to not only search for survivors but stave off a massive environmental catastrophe.

The Oceanic Administration have stated that the type of condensate oil carried by the Sanchi does not form a traditional surface slick when spilt but is nonetheless highly toxic to marine life and much harder to separate from water. The cargo amounted to nearly one million barrels of oil.