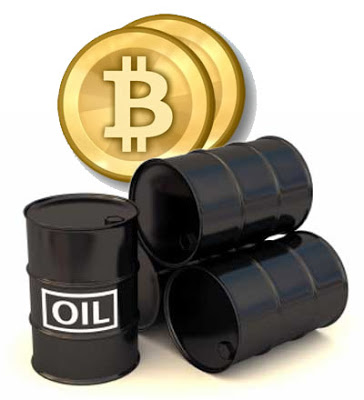 Signal Capital Management has launched a cryptocurrency ‘Petrodollars’ backed by oil and gas reserves.
Its initial coin offering is expected to take place in late 2018.

Signal Capital Management, a New York based investment and holdings company, have launched a cryptocurrency backed by oil and gas reserves in what it says is the “world’s first globally compliant” oil-backed digital currency.

The digital currency, ‘PetroDollars’, will be backed by the underlying value of reserves of crude oil and equivalents such as natural gas and condensates, and related assets.

A global initial coin offering (ICO) is expected to take place in late 2018 and to be up to $700 million in size, one of the largest ICOs to date, according to Signal Capital Management.

After the ICO, “each of the projected PetroDollars tokens in circulation in the year following the ICO will be backed by more than 10 barrels of oil equivalent of proved, probable, and possible recoverable oil and gas reserves, certified by a third party independent petroleum engineering firm,” said the firm launching the new cryptocurrency.