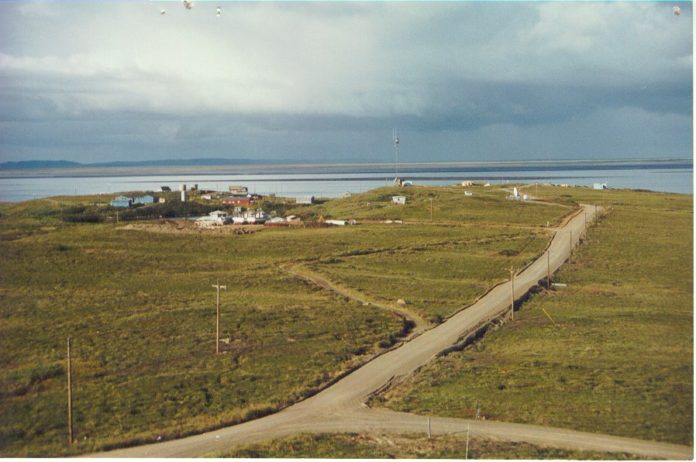 Like a lot of rural communities in Alaska, Pilot Point depends on diesel fuel for electricity and heating. After years of work, a plan is going into action that could help the village of about 50 year-round residents get a more reliable and affordable source of energy.

To power the village of Pilot Point, the city primarily uses diesel-powered generators. That could begin to change in the coming months as a pair of wind turbines come online.

“Wind is basically what we have an abundance of and if we can use that to heat the houses as well as for power, it’ll be a real god sent for us.”

He’s been working on the project to help the community move away from relying on fossil fuels and switching to renewable energy for more than a decade.

The pair of Belgian made Xant wind turbines that are being installed will be able to produce 4 times the amount of electricity needed to power the community. So the excess power will be funneled into the homes of residents in Pilot Point to run new heating stoves that are being installed for free. Meaning homes will be mostly heated by wind energy rather than heating oil.

“What we’ll be doing is taking that excess power and putting it into what they call the thermal impact stoves. So you get essentially free heat,” Kingsley said.

Pilot Point is a part of a growing number of rural Alaska communities turning to wind to help heat homes because the cost of diesel is so expensive, especially in the winter.

Kingsley explained, “For example, our house can burn $1,500 a month in the winter in fuel oil. So yeah, it’s going to make a big difference for us especially in savings.”

When the turbines go up later this month they will only be able to generate power when it’s windy. The next step in the project will be to install batteries so wind energy can be stored and used when its calm outside.

Even without energy storage,  it’s estimated that Pilot Point will be able to decrease the amount of diesel it uses by around 30 percent of the fuel the community has used in the past.

Kingsley is really hopeful for this project, but he also knows there will probably be some bugs that’ll need to be worked out before everything runs smoothly.

He said, “Part of the devil’s bargain is that you’re putting in technology that hasn’t been proven yet, you know, but, it has to be proven somehow. Some place has to try it out so it’s risky.”

Construction on the turbines will start later this month and, Kingsley said, the heating stoves should be warming homes by winter.