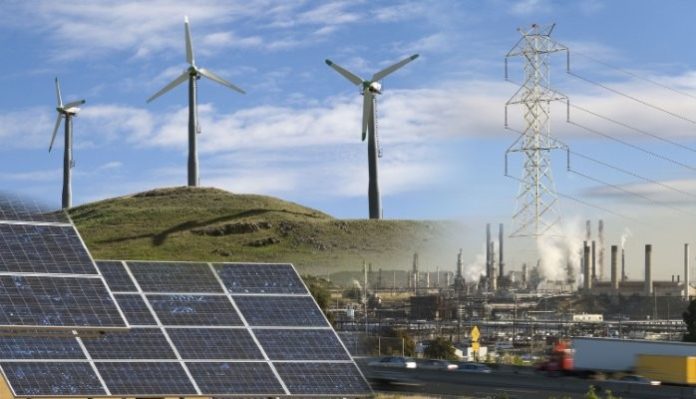 The Young Professionals branch of the Energy Institute in Aberdeen, Highlands and Islands (EIYPN AHI), in partnership with the Oil & Gas Technology Centre (OGTC) recently hosted workshops at the Centre’s state-of-the-art Innovation Hub.

There were 2 interactive workshops; both identical except for their audiences: one was for young professionals working in professional services and the other for those in technical roles. The event was sponsored by Nexen Petroleum UK Limited, who are the EIYPN AHI’s Annual Sponsor for 2018.

The theme of the workshops was Clean growth. Considering the ambitious targets set by the Scottish Government for an 80% reduction in greenhouse gases by 2i050, there will need to be a significant change in the energy industry and the region to shift from the ‘Oil & Gas Capital of Europe’ to the ‘Energy Capital of Europe’ if these targets are to be achieved.

The first of the groups thought that the transition to low carbon energy sources such as wind, tidal, wave, hydrogen and solar would signal less dependence on fossil fuels and that they would not be used as widely for electricity production, heating and transport. They also considered improvements in efficiency, diversification, carbon capture and storage, energy storage, robotics and autonomation, the public reputation of the oil & gas market as well as a potential skills shortage for new technologies.

While those in technical roles quantified the question, noting that in the next 10 years oil and gas would account for around 80% of energy demand globally and around 50% in Scotland. They thought it would still play a key role in transport, petrochemicals and energy storage. They did agree that renewable energy will be used more widely in the future, especially in the North Sea. Ways to implement this were discussed, with examples such as green power generation offshore, efficient power storage and smart subsea grids cited as being suitable for use in the North Sea.

Project Engineer for the Oil & Gas Technology’s Small Pools Solution Centre, Charlie Booth, helped facilitate the workshop and commented: “We were delighted to host and take part in the workshop to explore the future energy industry. In all the forward demand forecasts, particularly for energy but also for feedstock, oil and gas will be important well past 2050. If you accept that oil and gas will be part of moving to a lower carbon economy, then it’s essential to have a balanced energy mix. It’s not an either or – it’s oil and gas, renewables, wind, tidal, nuclear, all providing security of energy supply for the UK cost effectively.”

Both of the groups believe that renewable and alternative energy sources will play a crucial part in the long-term future of the energy industry. All participates thought that the timeframe for the transition is gradual, but the technical group believed more strongly that the oil and gas industry will retain a strong position in the long-term. A common theme was the influence of technology and the associated skills and expertise, which were agreed to be essential going forward. These skills, alongside an openness to become ‘lifelong learners’, will equip all young professionals for a successful career within the ever-changing energy landscape of the future.