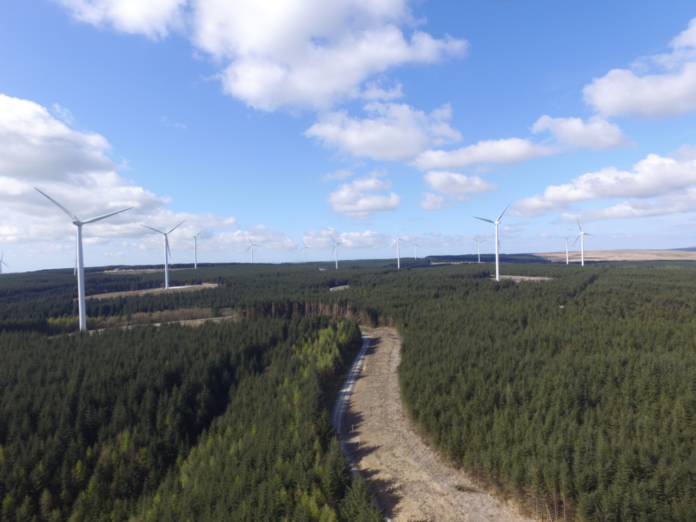 A trade association for renewable energy firms has warned that investment in onshore wind could slide unless the government changes policy, despite a record year of growth in the energy source

Investment in the onshore wind power industry is at risk unless the government changes policy, according to RenewableUK.

The trade association for renewable energy firms warned about the risk as it launched a report that found record levels of onshore wind farm deployment in the UK last year.

A record 2,611 megawatts (MW) of power came from onshore wind farms last year, amounting to 20% of the UK’s total onshore capacity, it revealed in the report.

But RenewableUK has claimed that government rules blocking onshore wind suppliers from competing for energy contracts could lead to a plunge in capacity and investment.

RenewableUK executive director Emma Pinchbeck said: “Last year was a record-breaking year for onshore wind in the UK, with more new capacity coming online than ever before.

“This technology is now powering over 7.6 million homes. Onshore wind is a major success story in the UK’s low carbon economy and is now the cheapest option for new power.

“By excluding onshore wind from the market, the government is putting at risk billions of pounds of new investment annually across the UK and making it more expensive to meet its own climate change targets.”

The policy that RenewableUK has taken issue with is the contracts for difference (CfD) system.

Onshore and solar power businesses have not been allowed to compete in Business, Energy and Industrial Strategy (BEIS) department CfD auctions since 2015.

Other renewable sources like offshore wind and tidal power are favoured to diversify the market.

But the government announced onshore and solar power companies would be able to compete for development contracts on remote islands earlier this year.

“There are still opportunities to develop efficient, appropriately sited projects – both new and repowered – to harness Scotland’s excellent wind resource.

“A supportive policy framework that addresses market and planning challenges is vital to enable onshore wind to continue delivering local and national benefits.”

A BEIS spokesperson said: “Our renewables sector is a British success story and we already have 7,000 onshore wind turbines across the UK, generating enough electricity to power seven million homes.

“The government does not believe new large scale onshore wind power is right for England.”

Most of the 2,611 megawatts of renewable energy output added to the onshore wind industry last year was installed outside England.

The investment value of the record boost for the sector stood at £5.3bn for the UK, according to RenewableUK.

Some 87% of that figure (£4.7bn) was split among Scotland, Wales and Northern Ireland.