Chemists and engineers at Oregon State University (OSU) in the USA, have discovered a fascinating new way to take some of the atmospheric carbon dioxide (CO2) that  contributes to the so-called ‘greenhouse effect’ and use it to make an advanced, high-value material for use in energy storage products.

This innovation in nanotechnology won’t soak up enough carbon to solve global warming, researchers say. However, it will provide an environmentally friendly, low-cost way to make nanoporous graphene for use in ‘supercapacitors’ – devices that can store energy and release it rapidly.

The findings have just published in Nano Energy by scientists from the OSU College of Science, OSU College of Engineering, Argonne National Laboratory, the University of South Florida and the National Energy Technology Laboratory in Albany, Ore. The work was supported by OSU.

In the chemical reaction that was developed, the end result is nanoporous graphene, a form of carbon that’s ordered in its atomic and crystalline structure. It has an enormous specific surface area of about 1,900 square meters per gram of material. Because of that, it has an electrical conductivity at least 10 times higher than the activated carbon now used to make commercial supercapacitors.

“There are other ways to fabricate nanoporous graphene, but this approach is faster, has little environmental impact and costs less,” says Xiulei (David) Ji, Assistant Professor of Chemistry in the OSU College of Science and lead author on the study. “The product exhibits high surface area, great conductivity and, most importantly, it has a fairly high density that is comparable to the commercial activated carbons.

“And the carbon source is carbon dioxide, which is a sustainable resource, to say the least,” adds Ji. “This methodology uses abundant carbon dioxide while making energy storage products of significant value.”

Because the materials involved are inexpensive and the fabrication is simple, this approach has the potential to be scaled up for production at commercial levels. The chemical reaction outlined in this study involved a mixture of magnesium and zinc metals, a combination discovered for the first time. These are heated to a high temperature in the presence of a flow of carbon dioxide to produce a controlled “metallothermic” reaction.

The reaction converted the elements into their metal oxides and nanoporous graphene, a pure form of carbon that’s remarkably strong and can efficiently conduct heat and electricity. The metal oxides could later be recycled back into their metallic forms to make an industrial process more efficient.

By comparison, other methods to make nanoporous graphene often use corrosive and toxic chemicals, in systems that would be challenging to use at large commercial levels.

“Most commercial carbon supercapacitors now use activated carbon as electrodes, but their electrical conductivity is very low,” Ji said. “We want fast energy storage and release that will deliver more power, and for that purpose the more conductive nanoporous graphene will work much better. This solves a major problem in creating more powerful supercapacitors.”

A supercapacitor is a type of energy storage device, but it can be recharged much faster than a battery and has a great deal more power. They are mostly used in any type of device where rapid power storage and short, but powerful energy release is needed. They are currently being used in consumer electronics, and have applications in heavy industry, with the ability to power anything from a crane to a forklift. A supercapacitor can capture energy that might otherwise be wasted, such as in braking operations and their energy storage abilities may have the potential to help “smooth out” the power flow from alternative energy systems, such as wind energy.

They can power a defibrillator, open the emergency slides on an aircraft and greatly improve the efficiency of hybrid electric automobiles. Nanoporous carbon materials can also adsorb gas pollutants, work as environmental filters, or be used in water treatment. The uses are expanding constantly and to date have been constrained mostly by their cost, hence the significance of a potentially more affordable development process. 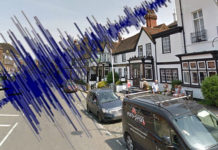