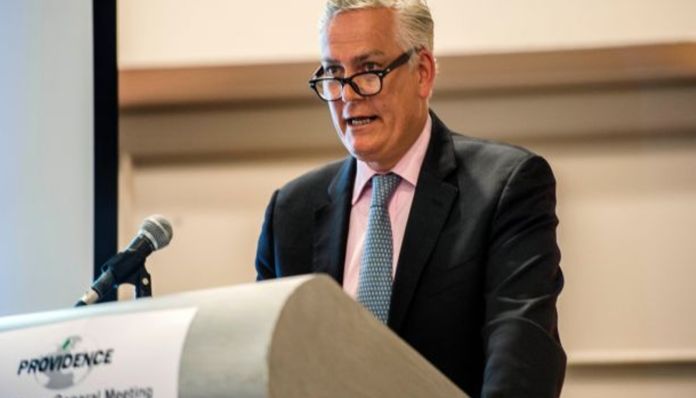 Transocean, a Swiss Based firm, carried out drilling work on Providence’s oil and gas prospect at Barryroe but a dispute between the pair ended up in court.

Following a ruling in April by the Commercial Court in London, Providence was ordered to pay Transocean $7 million and forced to suspend its shares. In a follow-up ruling relating to legal costs, the court earlier this month directed Providence to pay approximately 70 per cent of Transocean’s costs relating to the dispute.

Based on the judgment, the Irish explorer will pay Transocean approximately £1.1 million (€1.2 million) in respect of all outstanding costs, interest and principal sums but is not liable for £75,000 surcharge.

Providence had previously estimated a figure of £3.2 million. The company also noted Lansdowne, the Providence’s joint venture partner in Barryroe was liable for its share of all costs associated with the litigation.

Commenting on the announcement, Mr O’Reilly said: “This is a very positive result for Providence, with significantly less cost exposure than had been provided for, justifying our defence of our position.”

“With this matter now behind us, our focus remains on unlocking the value within our extensive asset portfolio offshore Ireland, with a particular emphasis on the farm-out processes for Barryroe and Spanish Point as well as completing our preparations for the drilling of Druid next June,” he said.