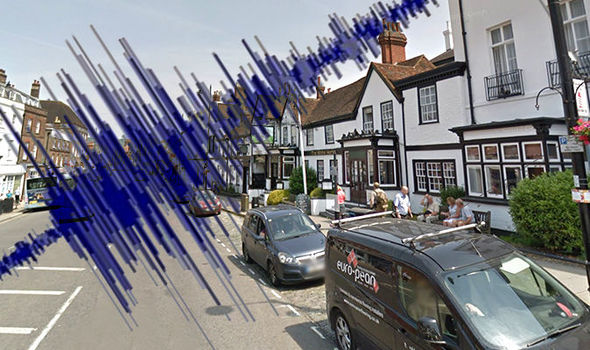 The British Geological Survey (BGS) has revealed that the depth recorded was estimated for a spate of earthquakes in Surrey and so not accurate. They have also stated that all occurred 1km below the ground – the same depth that exploratory work has been carried out at Horse Hill.

The BGS insists it’s unlikely the tremors are linked to oil exploration and UK Oil and Gas (UKOG) says there is “no evidence” to link its work to the tremors.

Four scientists with expertise in the hydrocarbon industry have penned an open letter in ‘The Times’ calling for oil exploration to be halted until a link can be definitively ruled out.

Three further earthquake monitoring devices (seismographs) were installed last week – there are now five in total. Prior to the first two being in place the nearest station was over 50km away, meaning data was inaccurate. The change in the depth of those first earthquakes from 5km to 1km on the BGS website – after seismographs were installed to better determine their location and cause – will strengthen calls for a moratorium on exploratory work.

David Hawthorn, seismic network manager at the BGS, said: “We have no idea what depth they were at so that’s why we put those two stations in, because we really wanted to get those depth figures. That means for the subsequent ones we have a much clearer idea of the depth they were at. The thing is, if we can’t calculate the depth we default it to 5km.”

At the start of July UKOG said the 5km depth initially recorded was one of several reasons that the earthquakes could not be linked to its work, and that there had been no sub-surface activity there since March 2016.

The scientists’ letter reads: “We believe that public health and the environment are not being adequately protected given the unstable geology, which had not been identified before planning permission and other permits were issued for the currently active drill sites.”

It was signed by Dr Stuart Gilfillan, Professor Stuart Haszeldine, Professor Bill McGuire and Professor Richard Selley, who is president of the Mole Valley Geological Society.

It added: “We are calling for a moratorium on drilling, re-injection and flow testing in the affected area to be put in place immediately, to remain in force until the records of fluid injection, and local faulting activity have been comprehensively surveyed and interpreted.”

The signatories have also written to the Business and Energy Secretary Greg Clark MP and the heads of the oil industry regulators.

UKOG said in response: “The BGS and Oil and Gas Authority are both already actively addressing this issue, alongside a number of academics from Southampton University and Bristol University. The Environment Agency and Health and Safety Executive have also made inquiries and been reassured.”

“In summary, there is no evidence that would suggest oil and gas activity is the cause of these tremors in Surrey. We therefore feel these academics should rely on scientific principles and review the evidence before sending this letter.“